Click below to customise your AMD Shockwave system or read the online reviews of the system. 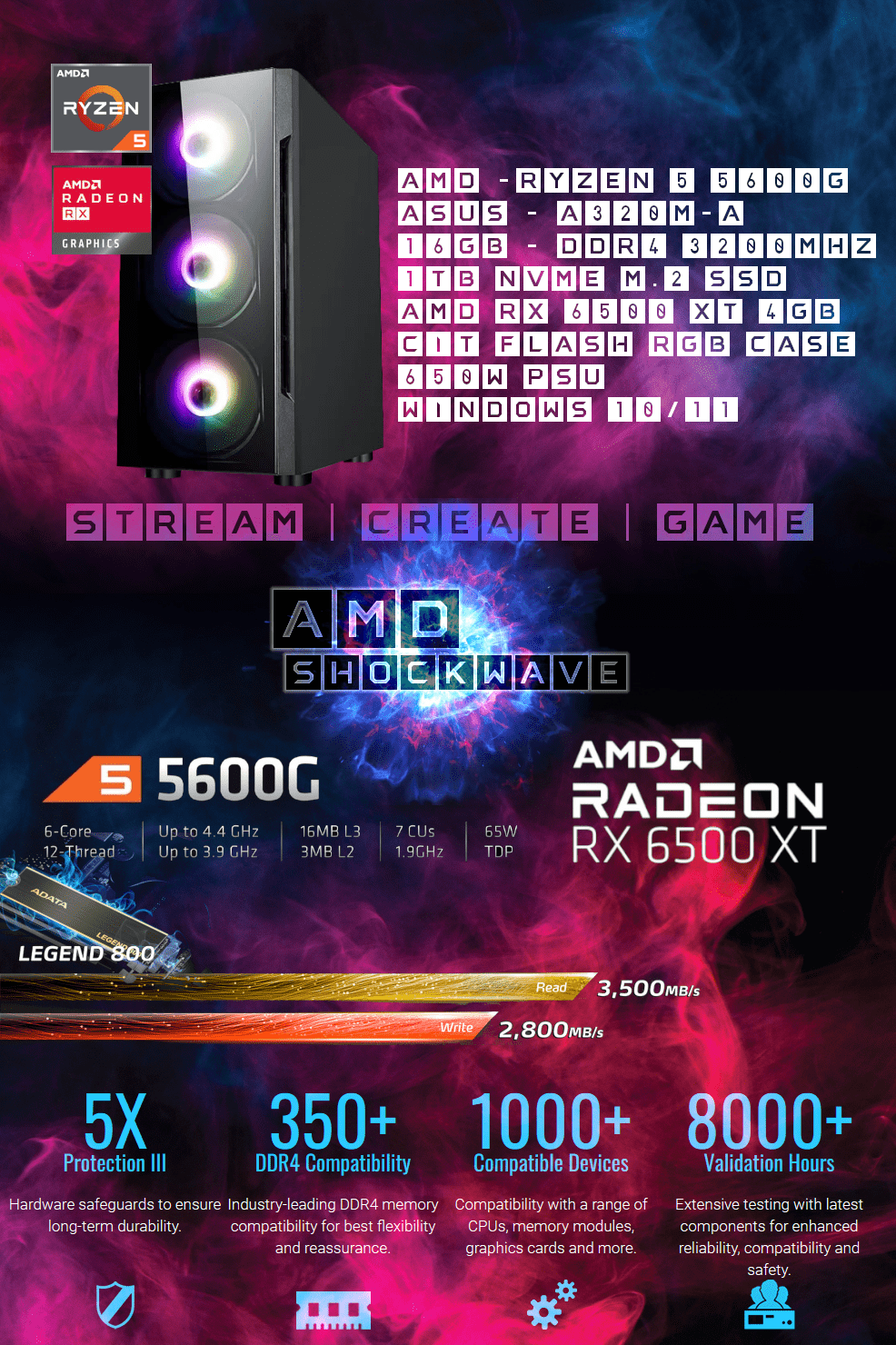 The Palicomp AMD Shockwave - Winning the ExpertReviews Best Buy award in October, this is the perfect gaming system for teenage gamers. With its glowing green looks and powerful gaming performance this is a certainly a Best Buy for under £500.00. It includes the AMD Athlon X4 860K which has been overclocked to 4Ghz on all four cores, AMD's most powerful budget processor that gives great overclocking performance, the main competitor to the Intel Pentium G3258 Anniversary processor. Featuring an AMD Radeon R7 370 4GB Graphics it can take on gaming or just about anything else you throw at it at reasonable settings. The 8GB of DDR3 RAM is generally the average amount of RAM included in majority of modern day PC's so this is more than adequate. Bundled together with a 1TB SSHD Hybrid drive which will home your Operating system and can also be used for all data storage. The beauty of these is that it will give you faster map load speed for non-stop performance and non-stop play. Get the kick of an integrated solid state drive (SSD) with the massive capacity of a desktop hard drive. One of the newest cases on offer from Sharkooon as been included which has a good look and brilliant cooling included. A Samsung 24X DVD+/-RW drive included to take care of all reading and burning needs for CD's and DVD's. Supplied with Windows 10, 8.1 or 7 64Bit fully installed as standard ready to go out of the box and the disc is provided for future re-installations.
Ideal for: Mid Gaming / Home Entertainment/ Office use
Recommended Upgrades ADVANCED - OS Tuning For Best Performance For Windows 7+8+10 / NVIDIA GTX960 4GB / 600W PSU - FSP 80+ Silver - 88% Efficiency (Mid Gaming)